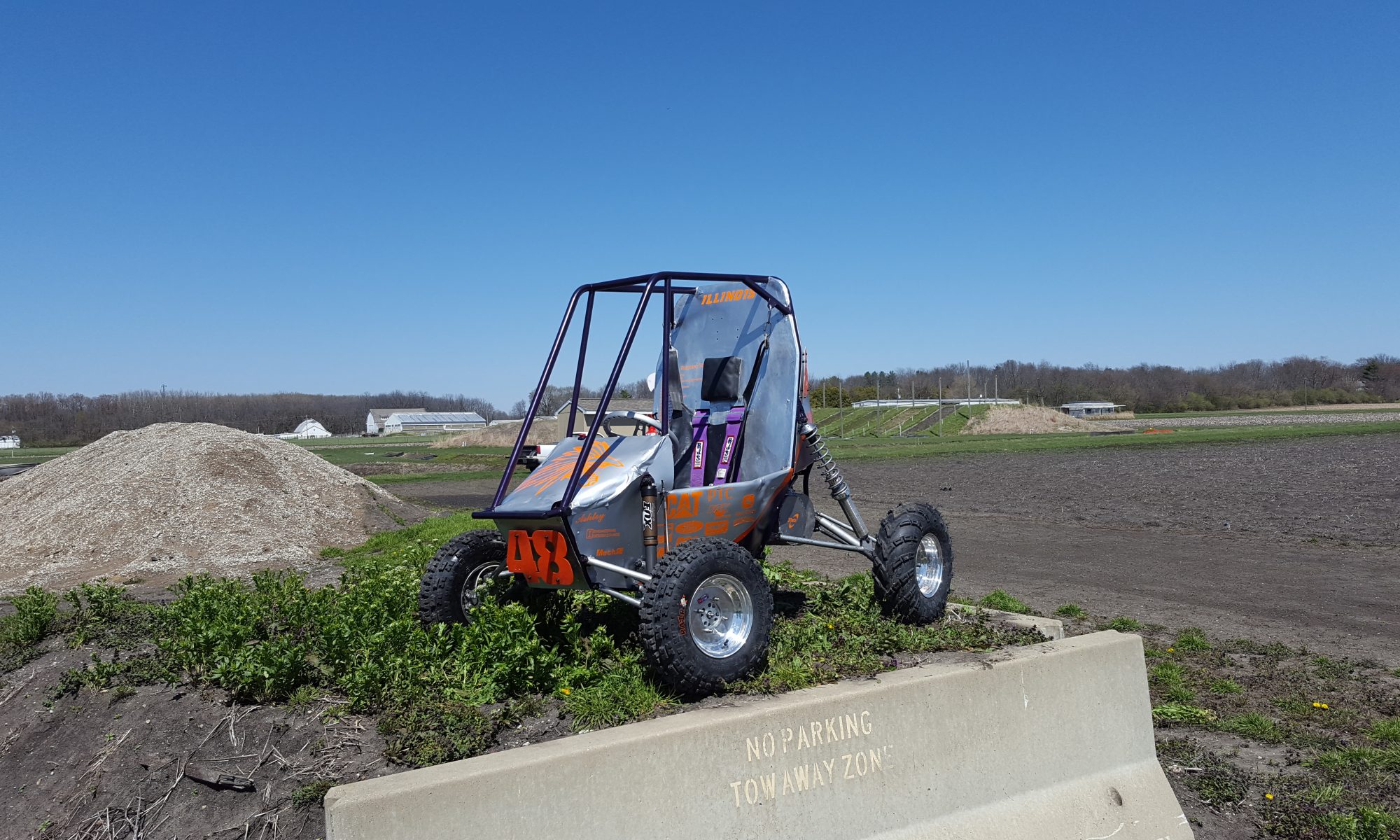 Our 2016 car, Ashley, was all about change. With the goal to drop 50 pounds, Ashley weighed in at 354 pounds at Tennessee Tech nearly meeting our goal. Ashley had a lot of changes from previous seasons. By removing neutral and reverse from the gearbox, we were able to drop more weight off the car. On top of that, more testing was done to find design issues and correct them before competition. From Tennessee Tech to California, Ashley’s suspension was redesigned to increase steering and maneuverability.