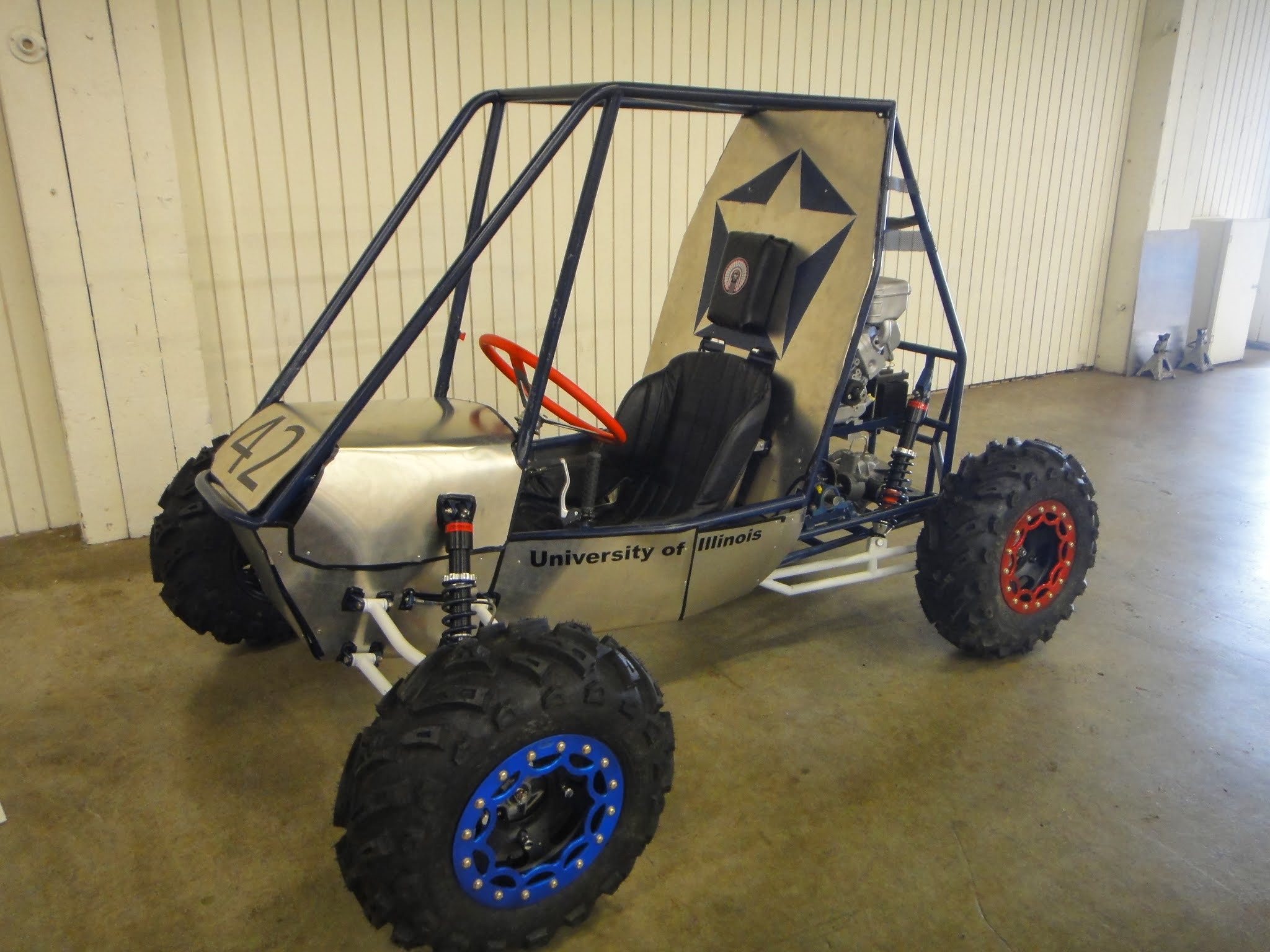 Americar was a substantial departure from previous designs and was an ambitious challenge to design and build. Americar was the team’s first car with an independent rear suspension and manual transmission. Americar was styled in an excessively patriotic scheme that can only be described as ‘Murica. 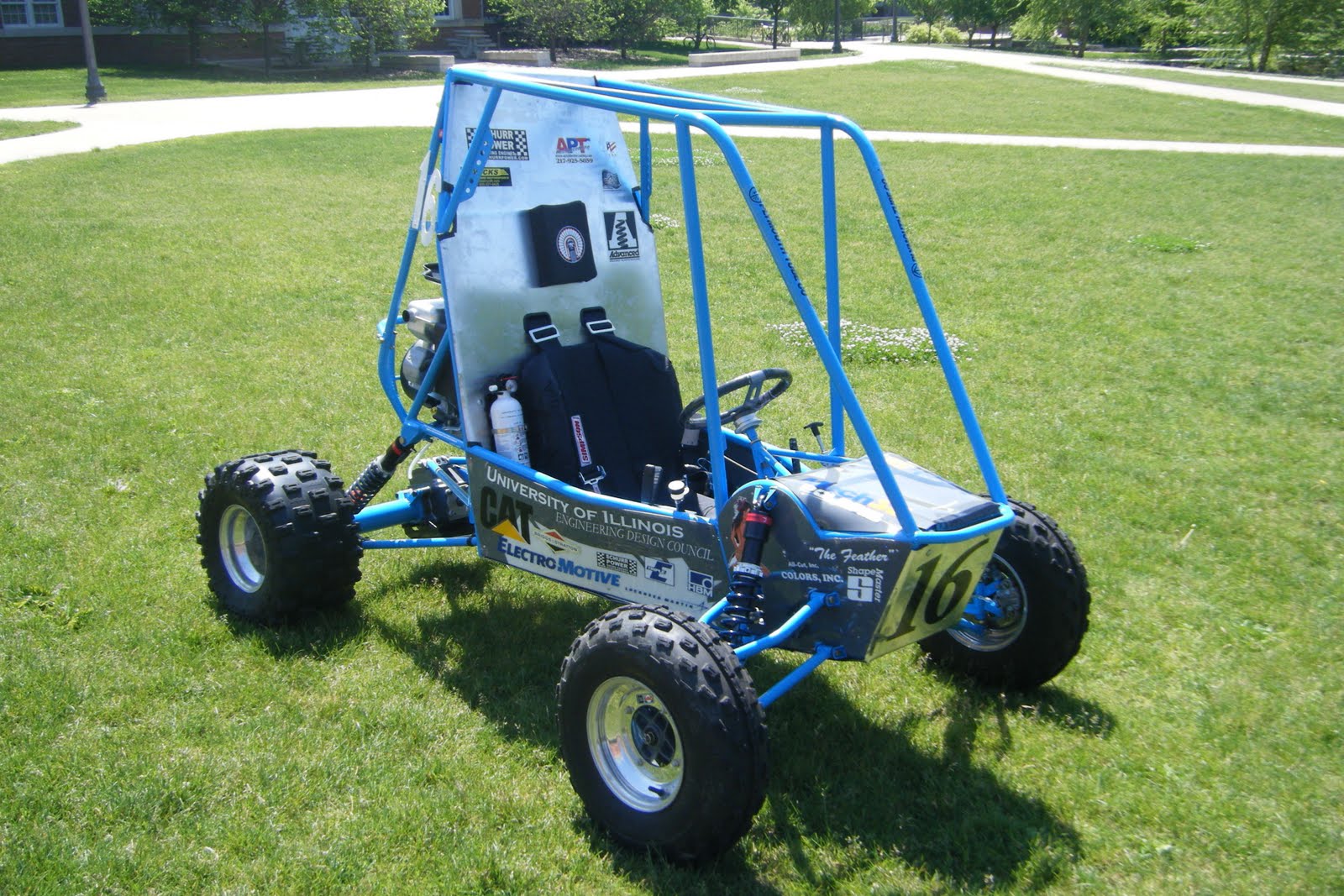 Blue Car was the last in a series of cars with a similar rear suspension setup. Blue car was designed for weight savings and design optimization, focusing on several overbuilt or troublesome components from previous years, including the rear axle, chassis, and UV joints. 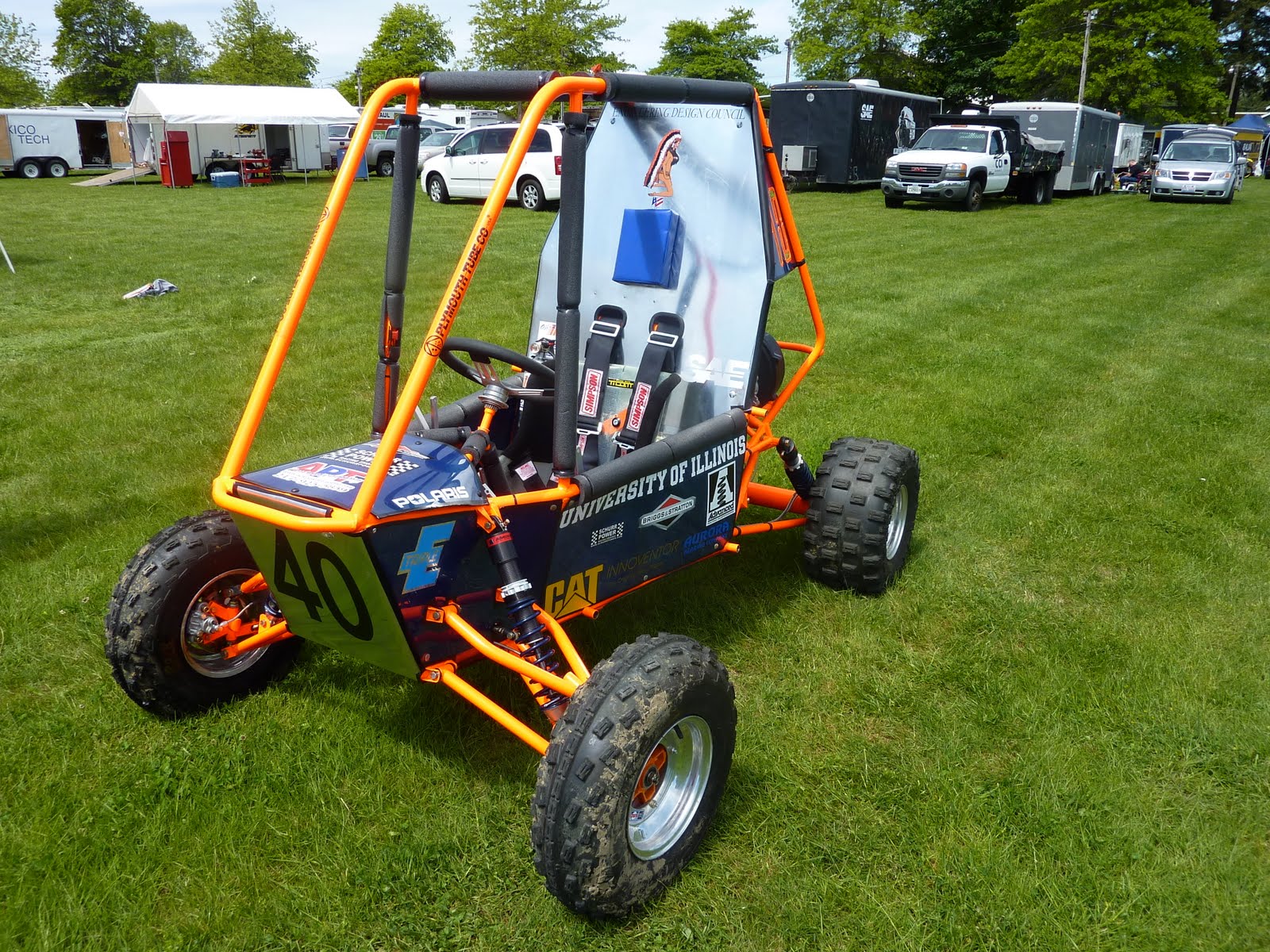 Orange Car was the third iteration of cars with a similarly setup rear suspension and packaging design. The design focused on improving structural integrity of frequently damaged components such as the front uprights, rear axle, and chassis. Orange Car was one of the first Baja cars at the University of Illinois to include on-board data acquisition instrumentation during competition. 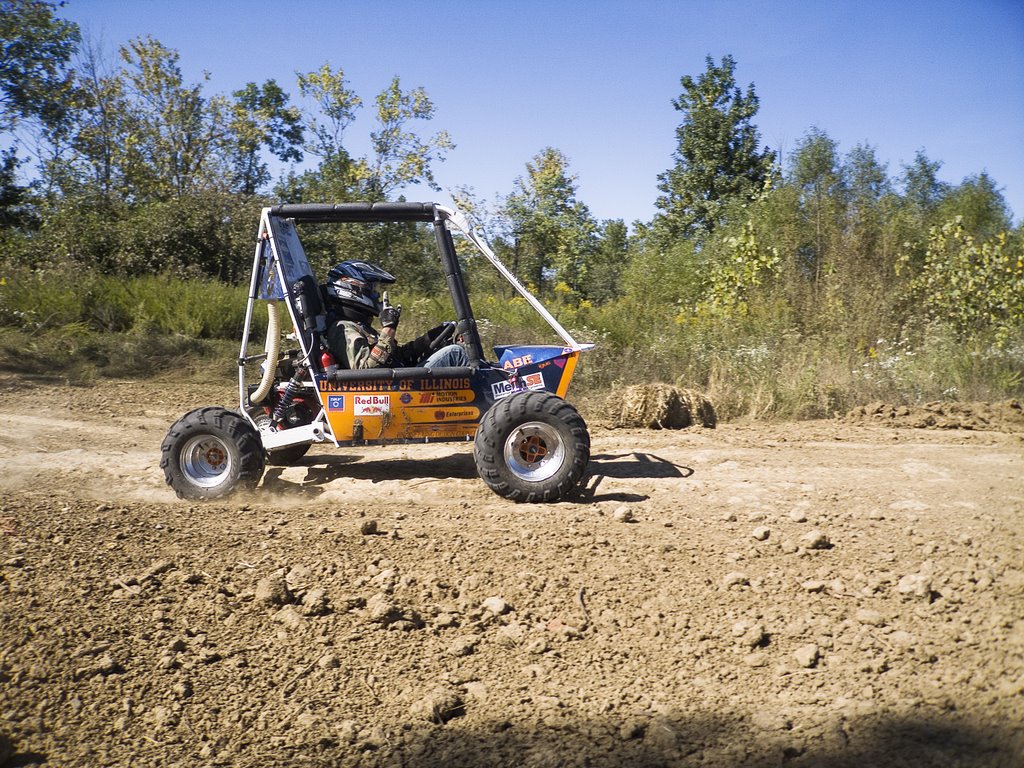 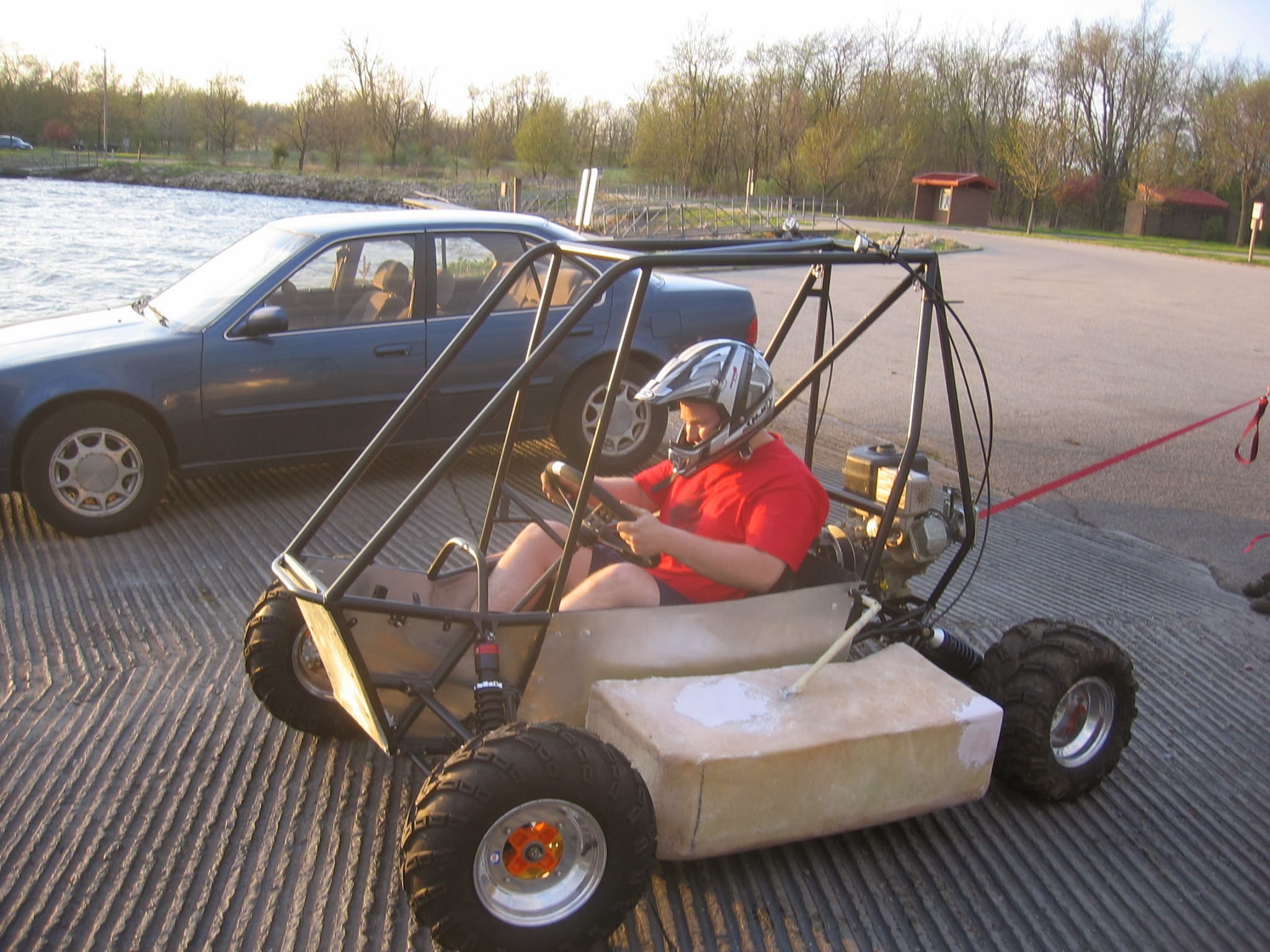 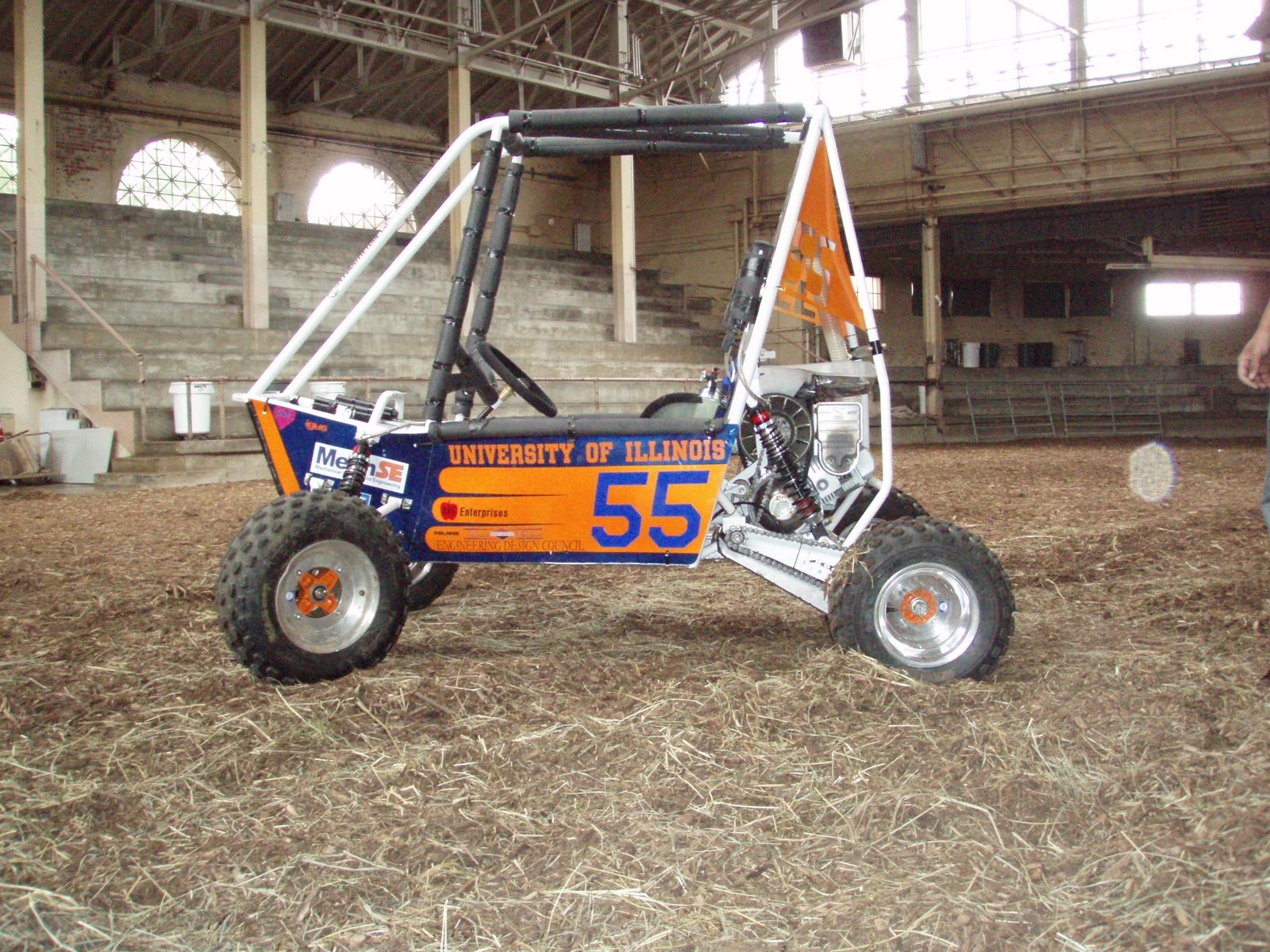 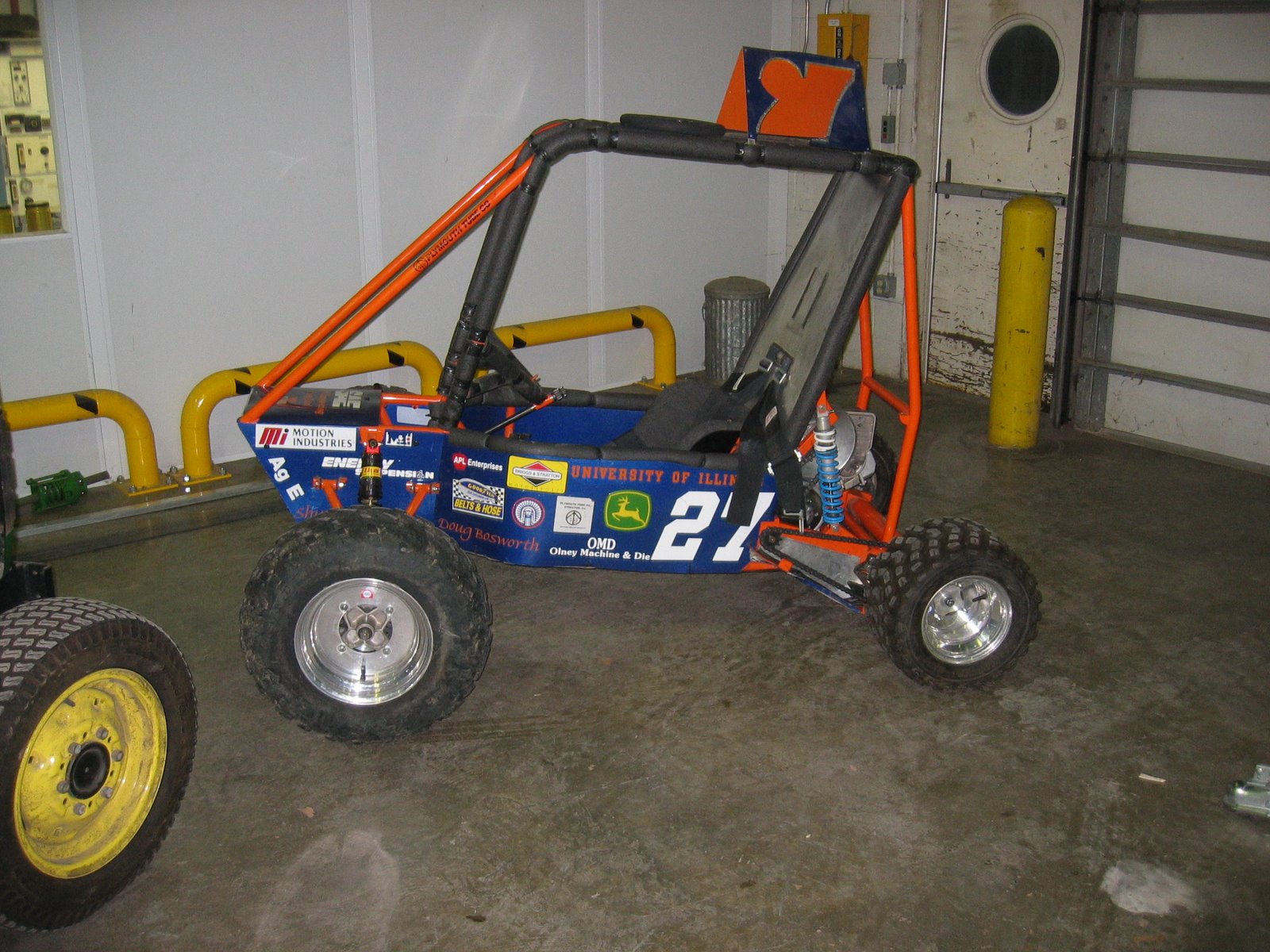 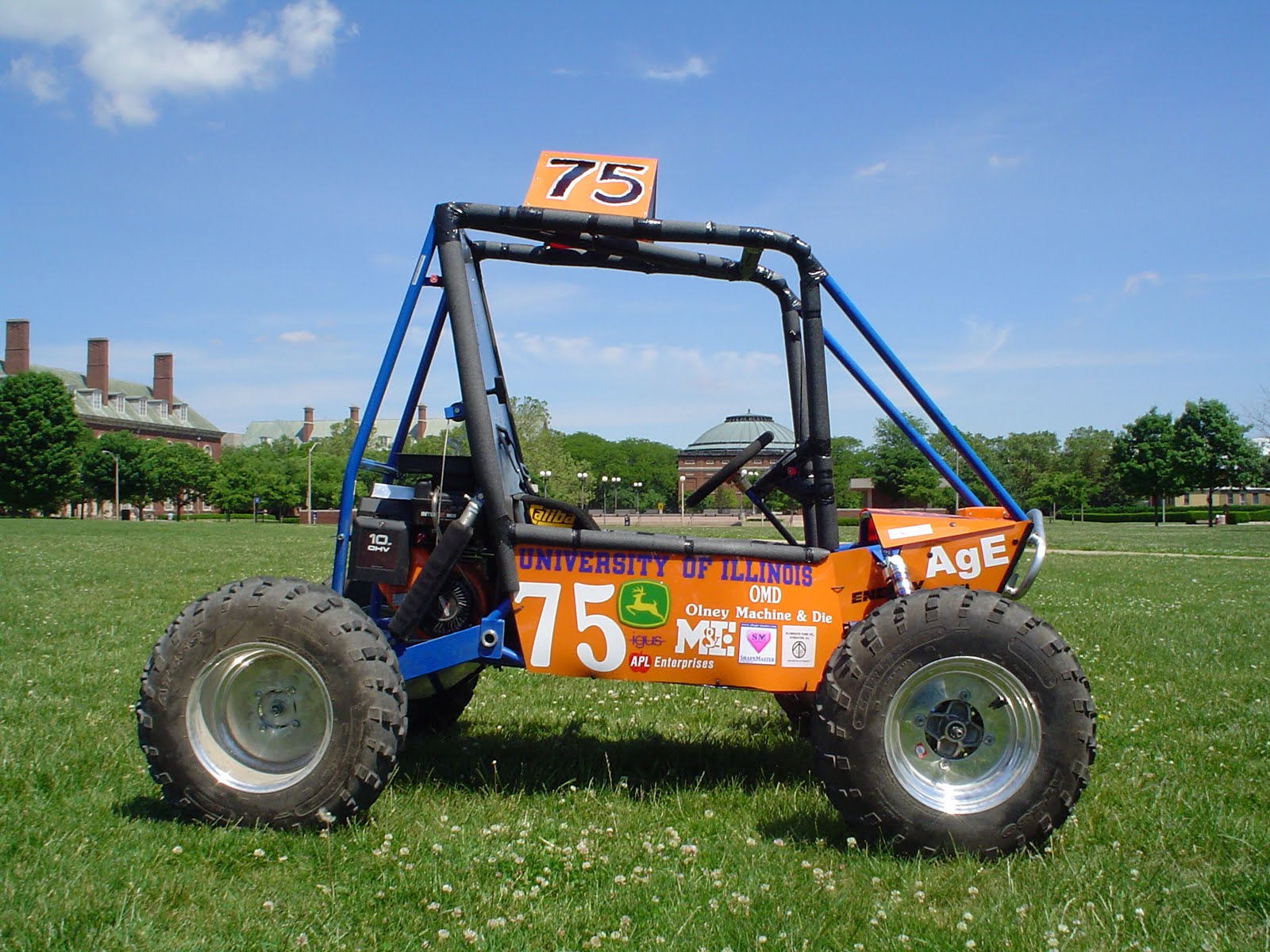 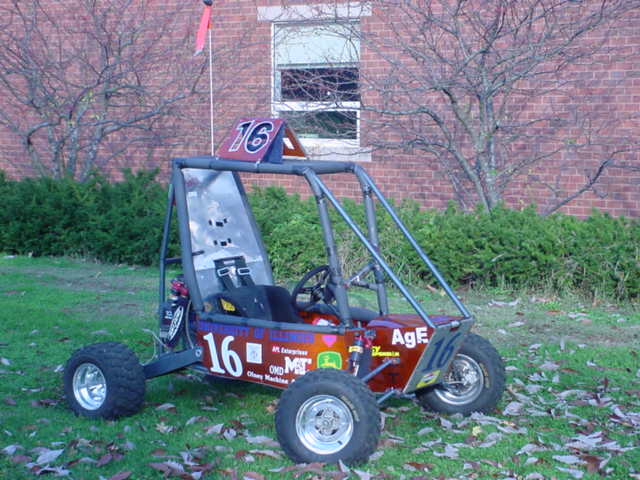 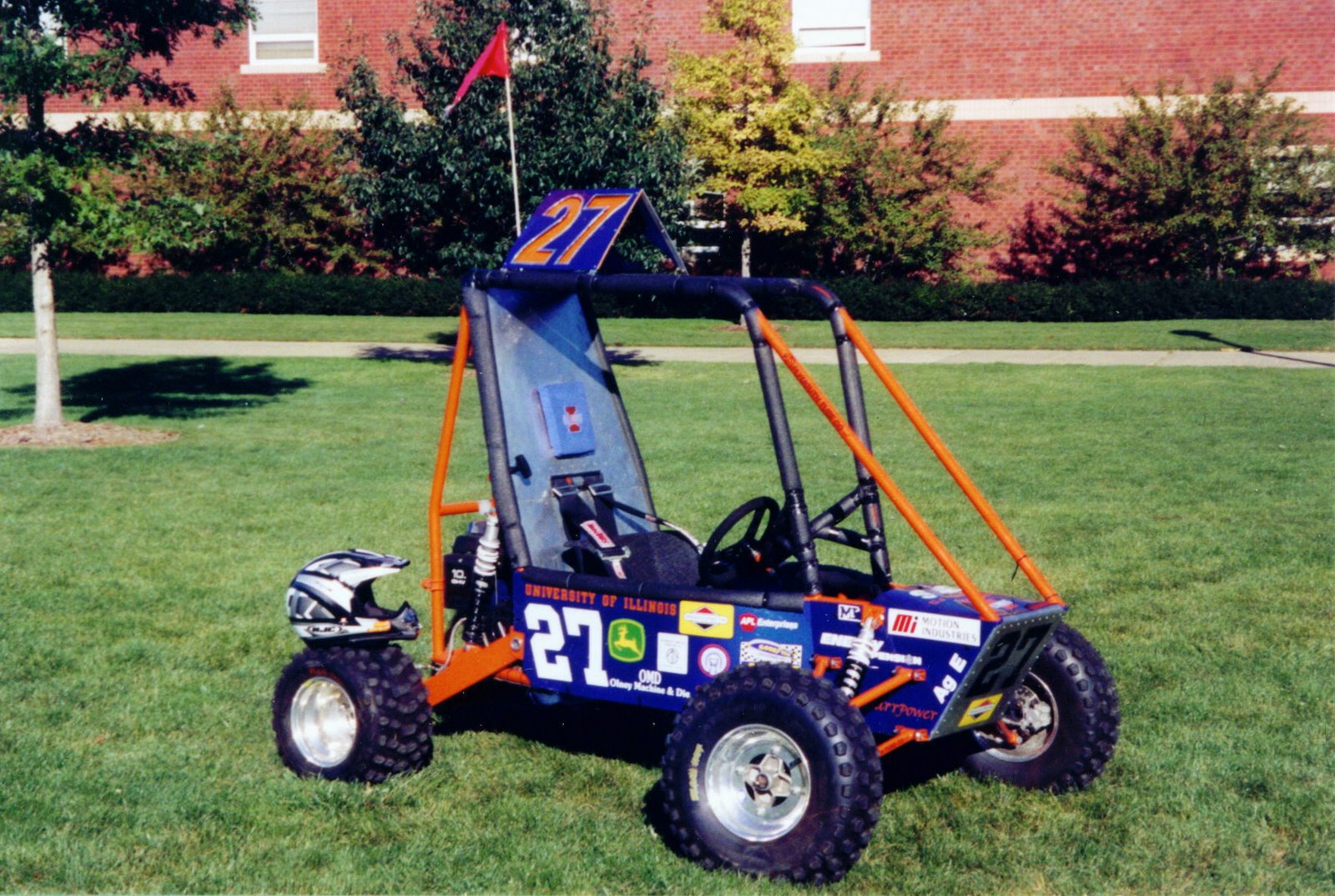 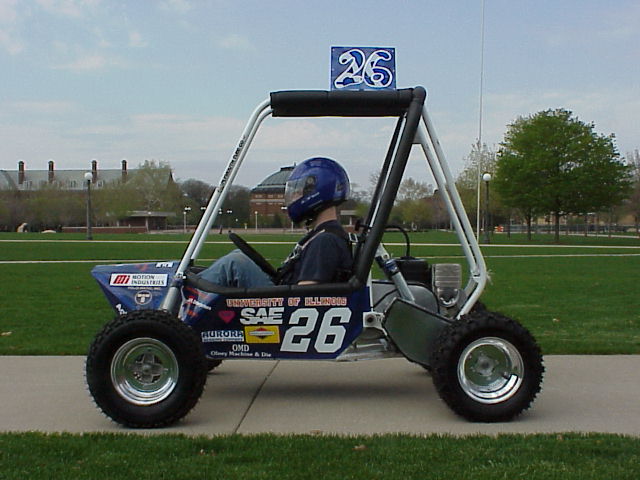 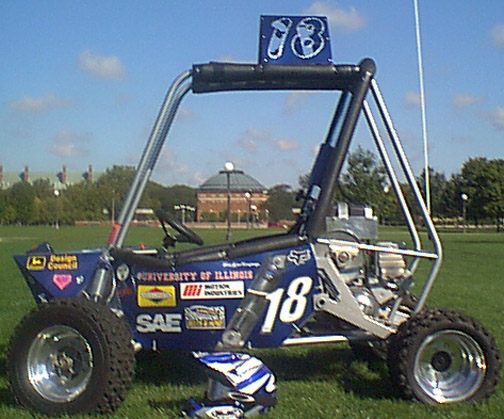 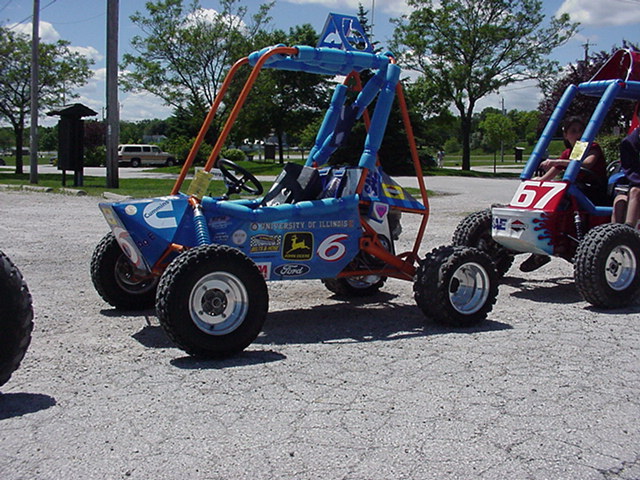 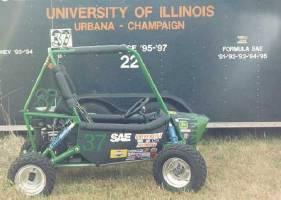